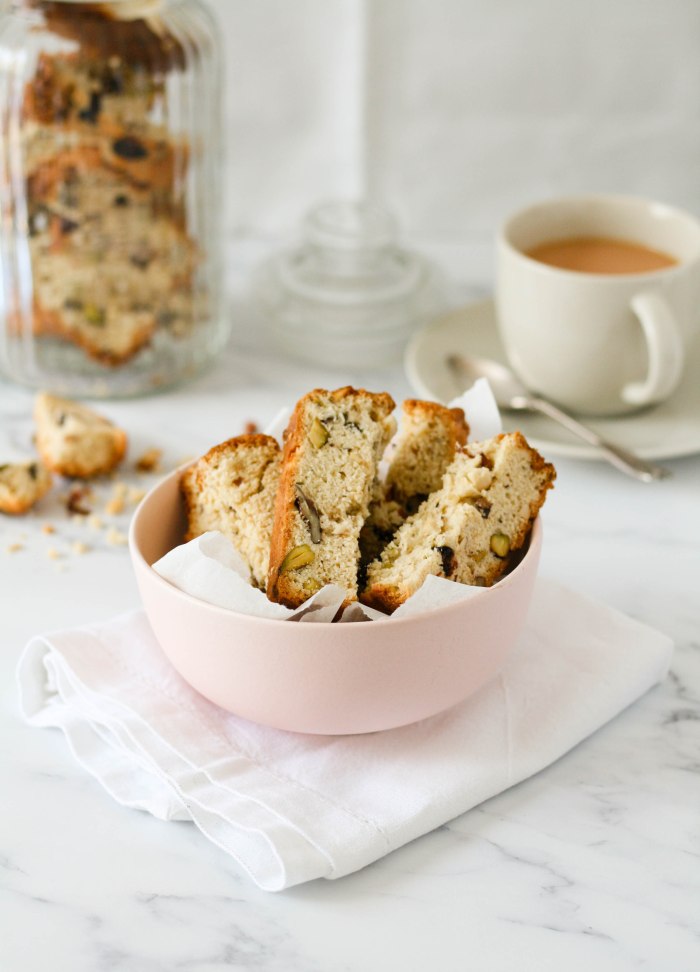 A perfect cup of tea with fresh rusks is one of life’s most wonderful simple pleasures, and you can’t beat a batch that has been home made. With lockdown still firmly in place and many of us continuing to work from home there really is no reason not to whip up a batch and pop them in the oven to dry for a few hours while you go about your business around the house (well, if load shedding allows, bah humbug!) 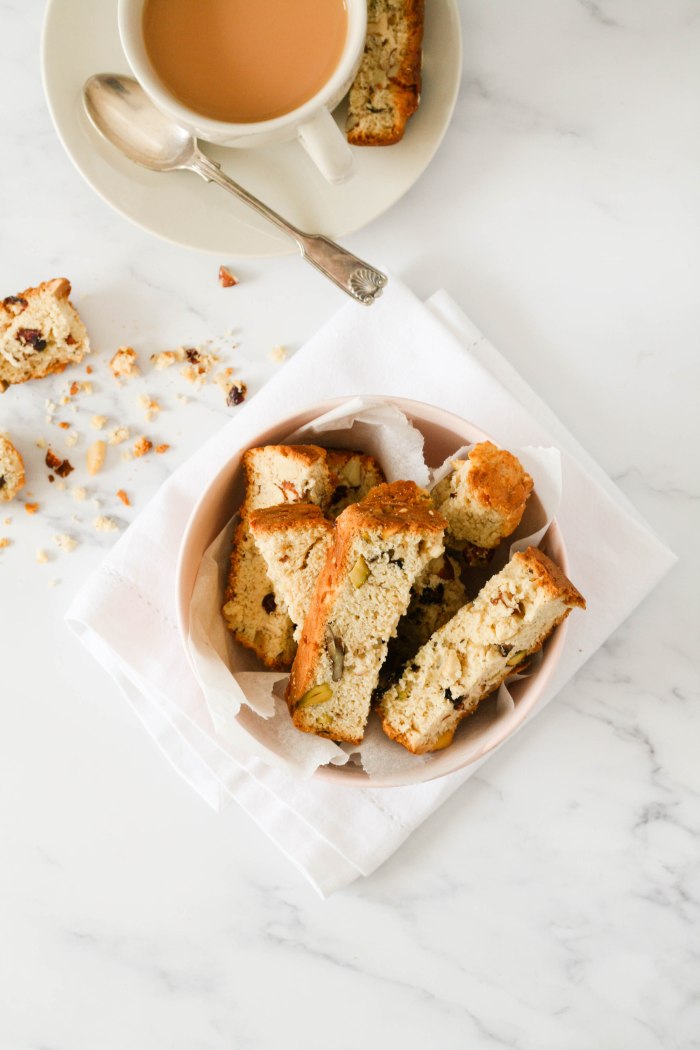 I put this recipe together at the beginning of lock down, (back when we thought we only had a few weeks of this strange new lifestyle ahead of us). Baking has brought a lot of comfort and stress relief over the last six months, and who doesn’t love having a jar stocked with fresh cookies in the pantry. These scrumptious buttermilk rusks are loaded with nuts and cranberries and a totally moreish option for tea time. I hope you enjoy them!

2.) Sift the flour, baking powder and salt into a large mixing bowl. Add the almonds, cashews, pistachios, pecans and cranberries and mix together.

3.) Place the castor sugar and butter in a saucepan. Stir over a medium heat until the butter has melted, then set aside.

4.) Whisk the egg and buttermilk together. Add the melted butter mixture and whisk again. Pour the wet ingredients into the dry ingredients and mix to form a thick, sticky dough.

5.) Split the dough between the two loaf tins and carefully flatten into an even layer. Bake for 50 minutes until baked through. Set aside to cool.

6.) Preheat the oven to 60ºC. Turn the loaves out of the pans. Carefully slice the loaves into your desired shapes. (I like to slice the loaf, then cut each slice in half horizontally.) Arrange the rusks on two trays and bake for 8 hours (or overnight) until completely dried out. Store in an airtight container.

© 2013-2020 Cupcakes and Couscous. Images and content may not be used without written permission.